Catch Charice on this season of Glee as Sunshine Corazon!

On first glance, Charice looks like any other teenager: pretty, petite and filled with non stop energy. But when the sweet-faced 17-year old opens her mouth to sing ? with a profound, rich and soaring 10 decibel voice from every inch of her 5 feet 1 inch body ? the audience quite literally gasps. And at 13 million hits and counting on YouTube tell us, that audience is growing at a staggering pace. Fast forward to May 2010: Charice?s US debut CD is scheduled to be released on 143/Reprise Records with her single, ?Pyramid? featuring labelmate Iyaz (who recently spent four weeks at #1 with his international smash hit, ?Replay?). ?Pyramid will be released to Top 40 radio in March with remixes already getting airplay at the clubs.

?I?m so proud of this record and feel so lucky that I had the chance to work with some of the best songwriters and producers out there. Every note and every word is right from my heart,? says Charice.

But let?s begin at the beginning: Born and raised in the Philippines, Charice?s talent was discovered at age 4 when her mother, also a singer, noticed her daughter?s loud, rather enthusiastic version of ?Happy Birthday? and decided to teach her proper vocal technique. By age 7, Charice was competing in local contests and belting out songs

In 2007, a web-savvy fan began posting a series of Charice?s performances on YouTube including appearances on the Filipino talent show ?Little Big Star? and the popular South Korean talent show ?Star King.? She instantly became an authentic internet sensation attracting the attention of American TV shows. Appearances on the Ellen DeGeneres Show were followed by several performances on the Oprah Winfrey Show. ?You are a force to be reckoned with. That voice comes from something bigger than yourself,? raved Oprah.

Enter 15-time Grammy winning producer David Foster who invited Charice to perform on his David Foster and Friends PBS Show in Las Vegas alongside such star studded Foster produced talents as Michael Bublé, Celine Dion, Andrea Bocelli, and Josh Groban. When the ?David Foster and Friends? show returned to the Mandalay Bay the following year, Charice received no less than six standing ovations. In between the two Vegas appearances, Charice went on to perform with Andrea Bocelli (?The Prayer?) in Tuscany and Celine Dion at her Madison Square Garden show in New York City.

During Charice?s most recent appearance on Oprah Winfrey, her heart stopping song ?Note To God? written by multi-Grammy winning songwriter Diane Warren became an instant Top 10 hit on iTunes. Charice also had a featured role in the recent ?Alvin and the Chipmunks? movie.

Next stop for Charice, ?I want to sing AND dance with Justin Timberlake,? she laughed. Her 13 million fans certainly look forward to seeing that.

For more information on Charice, go to her official website www.ChariceMusic.com 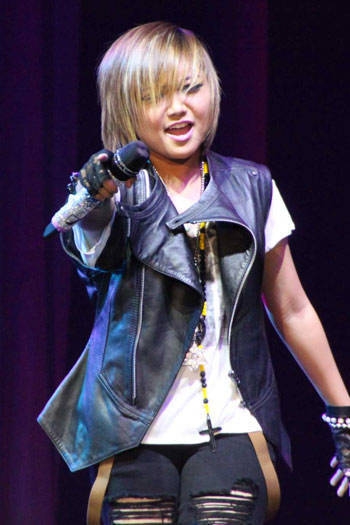 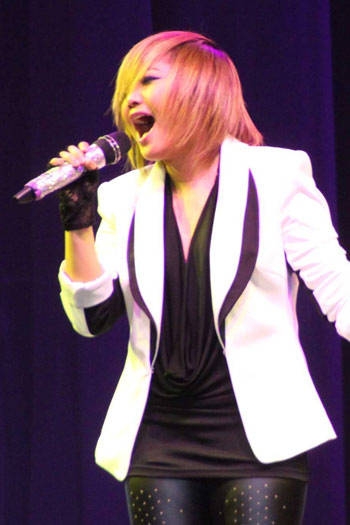