"Shaped by broodingly bubbling synths and ethereal hooks, sung by one of hip-hop’s most alluring sirens, Bangerang! is tailor made for nocturnal sojourns, preferably through urban streets, on a sticky summer night...Ably crooning lush choruses and spitting impeccably timed couplets, Haze possesses the rare combination of poise, swagger and sultry mystique that won fiercely loyal fan bases for Lauryn Hill, Mystic and Jean Grae...cooing breezy jazz flirtations...or spitting rapid fire vignettes of inner-city struggle... providing the tracks with both their warmth and their urgency...Mikos serves up warm drums with ample space in which his mercurial synths can leisurely unfurl. Meanwhile, the aggressive flow of G-Off offers a nice shot of adrenaline..."
- Okayplayer.com, Jeff Harvey (BANGERANG! Review 2008)

"Hip-hop isn’t really known for the hard-hitting female emcees anymore. Sure, there are the Jean Grae’s and Lil Kim’s of yesteryear, but these days you’re hard pressed to find a lady lyricist who has the total package. Haze, the female emcee of San Francisco-based group 40Love, just might be what the game’s been missing. Alongside producer Mikos, who draws inspiration from Pete Rock and forms the backdrop for this dreamlike narrative, rapper G-OFF, who is reminiscent of a young Common, and DJ Whooligan, who brings the spirit of '94 with his Primo-esque cuts, 40Love is equipped to break sonic barriers. "
- URB Magazine, Jason Parham 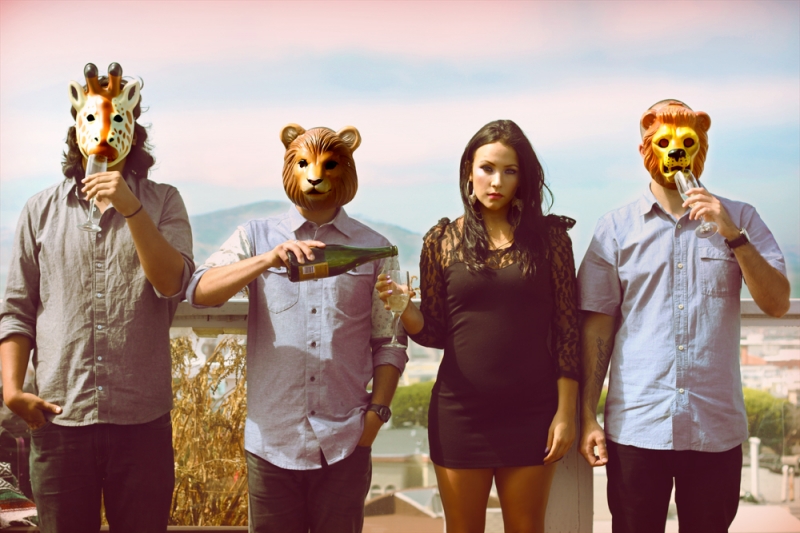